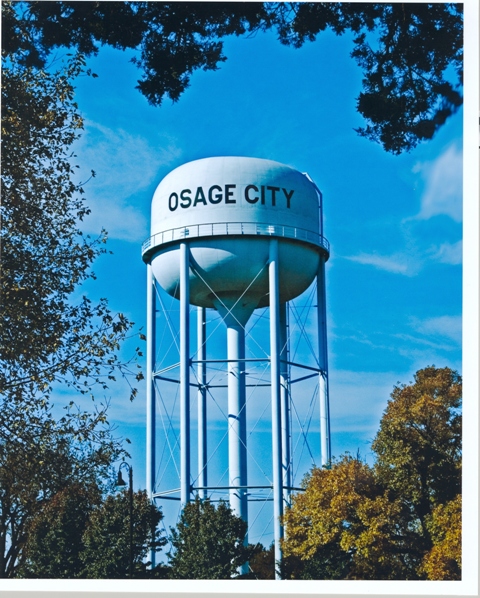 The City of Osage City owns and operates a Class 3 Water Plant. There are five state-certified employees who operate the plant. The main water source for the City is Melvern Lake and the secondary source is the Osage City Lake.

Water tower storage for the City is 500,000 gallons, with an additional storage capacity of 200,000 gallons at the Water Plant. Osage City also supplies other entities with treated water. The City of Burlingame and the rural water district are both customers of Osage City. The City can produce 1.6 million gallons a day (MGD).


The City’s current water plant was constructed in 1987. In 2020, the City implemented a SCADA system (Supervisory Control and Data Acquisition). The system allows the water tower to communicate via antennas with the water plant and intakes at Melvern. The new system also gives operators the capability of monitoring the water plant 24/7. Future planned improvements include upgrading the water plant and replacing the last 3 miles of cast iron water mains in the distribution system. The last water plant improvements were in 2003.
Agendas & Minutes
Online Forms
Utility Services
Municipal Court Systems
Map Center
Parks & Recreation
Government Websites by CivicPlus®
[]